Music: “A Song for Bob” by Nick Cave & Warren Ellis

Posted by Enigmaress on June 30, 2017 in Art And Creativity, Spirituality And Growth

Just because your feet fit perfectly in your mother’s shoes that does not make you a woman little girl…
Cherry popping I wonder of you put lip stick on your vagina
Draw pubic hairs with your mother’s eye liner
I wonder of you try on tampons just to see what a penis feels like
Only difference is you pull out when you want to
I wonder if you rape yourself in your sleep
Too young to understand how to love yourself properly
Sticking your Crayola fingers in between your thighs
It always hurts the first time.
Maybe tomorrow you won’t cry
I wonder if your mother recognizes the blood stains in your Cinderella underwear
Or if she cared enough to acknowledge they were there

And apart of me wants to blame your daddy
But some fathers are like God, you never see them but you know they exist
And some little girls would rather give their life before letting their dead beat dad save their life.
I wonder if you stuff your bra just to distract people from your heart beat
But the Corona of your breath does not hide to Similac on your teeth

You are still a baby
And Kotex and pampers are 2 different brands for a reason
And penises and pacifiers are not both made for teething
And the thirst of your soul will not be quenched with a man’s semen
Who cares about your bra size when you C cups as half empty I
m a sorry Beyonce made you trade in your Cinderella Custom for a freak him dance
But Halloween is not the only day that exposes damsels in distress
How long will you let yourself for susceptible to cat calls and whispers just to get a fucking glass slipper?

Save your soul
Because the coldest nights are not the ones alone, they are the spent holding yourself realizing your body is hallow
Stop cursing the stanzas placed on your tongue with fair that you my actually have a voice
Pick your pinks back up
Because I know grown women who would trade in their wisdom teeth for Barbies
Did you ever read the fine print on growing up Is that you have to face to responsibilities
And monopoly money will not pay for your mistakes
You can’t hula-hoop with reality and play hide and go seek with you fate

Enjoy the days where you and Dora the Explorer can still relate
Because soon blue won’t have all the clues
And the dales of dragons will be locked away in safes
Tell me who finger fucked your childhood out of you and tell them
I challenge them to a thumb wrestling match for it back
Just for you to enjoy the innocence of your soul placed on Santa Clause’s lap .

Comments Off on ROSES By Jasmine Mans

Posted by Enigmaress on May 19, 2016 in Art And Creativity

The Bathtub aka ‘Beasts of The Southern Wild’

‘I see that I am a little piece of a big, big universe, and that makes it right”. – Hushpuppy

“The whole universe depends on everything fitting together just right. If one piece busts, even the smallest piece… the entire universe will get busted.” – Hushpuppy

Posted by Enigmaress on December 18, 2014 in Art And Creativity, Spirituality And Growth

Based on Dr. Seuss’s final book before his death, this is a story about life’s ups and downs, told by the people of Burning Man. 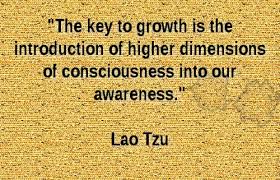 “No problem can be solved from the same level of consciousness that created it.”   ~ Albert Einstein

Posted by Enigmaress on February 5, 2014 in Art And Creativity, Spirituality And Growth

The Biological Advantage of Being Awestruck

The Biological Advantage of Being Awestruck

Video Created By Jason Silva
1) The ideas of psychologist Nicholas Humphrey who has written of “THE BIOLOGICAL ADVANTAGE OF BEING AWESTRUCK”. Basically, our ability to awe was biologically selected for by evolution because it imbues our lives with sense of cosmic significance that has resulted in a species that works harder not just to survive but to flourish and thrive…

“Humphrey refers to consciousness as a magic show that you stage for yourself inside your head, which lights up the world and makes you feel special and transcendent… this magical theater provides a reason to live, a love of occupying the present moment, and a desire to sustain it into the future, that over time has proved stronger than anything else, and accounts for humanity’s swift and triumphant success–

Humphrey says “being enchanted by the magic of experience, rather than being just an aid to survival, provides an essential incentive to survive.”

“We relish just being here. We feel “the yen to confirm and renew, in small ways or large, our own occupancy of the present moment, to go deeper, to extend it, to revel in being there, and when we have the skill, to celebrate it in words..”

Our desire to understand brings exquisite pleasure… and feeds our exploratory voyage, our scientific inquiry, our technological development, and even our poetic self-regard..

2) The Stanford study that found that AWE is clinically good for you, expanding perception of time, increasing compassion and empathy and promoting well being:

3) Ross Andersen’s rapturous meditation on the ontological awakening of our psyches provided by the Hubble Space Telescope: “At first glancing the Deep FIELD “one might mistake it for gemstones scattered across black velvet, but a closer look reveals that each smudge of light, 2,600 in all, is a galaxy dense with billions of star-fired worlds, pinwheeling in deep time. … To that point, astronomy had imaged objects only four billion light years away, and poorly at that. Here a telescope reached 11 and a half billion light years into space and delivered an image legible to the layman: an unprecedented expansion of human vision.”

Posted by Enigmaress on September 8, 2012 in Art And Creativity, Spirituality And Growth

Posted by Enigmaress on September 6, 2012 in Art And Creativity, Spirituality And Growth

Our history is not what we think! Over the past few thousand years, we have warped our own history. Our versions of the past has been mistranslated, changed, altered, and skewed to fit our understanding of reality, and completely left our many things that we cannot explain. Today, we are going to look at an alternate version of our history, a version that was recorded across many ancient tablets and artifacts throughout time, which have only recently been uncovered. This story may be a little cosmic, it may not even be true, but you will have to decide that for yourself.

Join in the conversation, it’s much more fun to talk about than what everyone else is talking about 😉

Based on the work of Drunvalo Melchizidek in the Ancient Secret of the Flower of Life.

Made with Love by many, many beautiful people in the credits of the movie. Enjoy everyone! We love you!

Posted by Enigmaress on August 10, 2012 in Art And Creativity, Spirituality And Growth

From an oversea’s show, spliced to view the message from one elder (Floyd Red Crow Westerman). How America has come and is destined to go.

“We are the ones we have been waiting for” ~Hopi Prophecy~

Be love and be good to yourself and everyone around you.

Posted by Enigmaress on July 17, 2012 in Art And Creativity, Spirituality And Growth

The number is nothing. It’s the meaning. The Syntax. What’s between the numbers. Is there truly a pattern of mathematics that dictates the behavior of the universe? Finding out the truth may ultimately be your downfall.

Pi, Pythagoras, and The Philosopher’s Stone (Video) By Steve Willner

Posted by Enigmaress on July 1, 2012 in Art And Creativity, Spirituality And Growth

Fighting for women and children in Africa

You are an infinite limitless, immortal, universal and eternal energy temporarily residing in a body ~Norman Bird

Posted by Enigmaress on June 23, 2012 in Art And Creativity, Spirituality And Growth